“We respect our shipowners and the challenges they face,” said Lars Rhodin, Managing Director of The Swedish Club. “This discount, on our 145th anniversary, has been made possible through a long-term risk management strategy which has also enabled us to set a 0% General Increase for two years in a row.”

The Club’s end year results demonstrated a 7.5% year-on-year growth in P&I, from both existing and new members, well ahead of the growth in the world fleet. Marine business was stable in a challenging market and despite volatility in the investment sector, an overall surplus of USD 11.8 million was reported.

Maintaining its focus on a balanced underwriting performance, The Swedish Club delivered a combined ratio of 98%, in line with its eight-year performance of 97%.

The Club will continue to strengthen its market position by reinforcing its Piraeus office with new legal and claims expertise; continued growth in Asia; proactive loss prevention initiatives, such as the rollout of its successful Emergency Response Training; and further support for the acclaimed Maritime Resource Management (MRM) programme from The Swedish Club Academy.

“We respect our shipowners and the challenges they face,” said Lars Rhodin, Managing Director of The Swedish Club. “This discount, on our 145th anniversary, has been made possible through a long-term risk management strategy which has also enabled us to set a 0% General Increase for two years in a row.”

END_OF_DOCUMENT_TOKEN_TO_BE_REPLACED

Designed and manufactured by KVH, the TracPhone® systems provide satellite broadband connectivity to yachts and commercial vessels around the world, and are a testament to the company’s innovation in mobile connectivity solutions

MIDDLETOWN, RI – March 30, 2017 – KVH Industries, Inc., (Nasdaq: KVHI), announced that it has shipped more than 7,000 mini-VSAT Broadbandsm systems, designed and manufactured by KVH to provide mobile connectivity at sea. The TracPhone V-series satellite communications antenna systems are currently in use on everything from small recreational sailboats cruising the coastline to 1,000-foot commercial freighters transiting the world’s oceans.

KVH launched the mini-VSAT Broadband service just 10 years ago, in July 2007, and has seen the popularity of the service grow, coinciding with an overall trend in the maritime industry toward increased reliance on broadband connectivity. As recently as September 2016, a leading industry analyst, Northern Sky Research, reported that KVH’s mini-VSAT Broadband customers account for 29% of the vessels using Ku-band service, more than double the 14% share of the nearest competitor.

This dominant market share continues to be supported by significant customer wins from leading commercial maritime operators. The TracPhone V-series antenna systems are noteworthy for their technical innovation and performance, having won numerous awards, including the National Marine Electronics Association’s 2016 product of excellence award.

“Our mini-VSAT Broadband network is robust and fully global, and we are thrilled that thousands of our TracPhone V-series antenna systems are already in service around the world,” says Martin Kits van Heyningen, KVH’s CEO. “Our continuing dominance in the VSAT market is testimony to our heritage of innovation. It’s even more exciting to look ahead to how we can augment our existing network and enable KVH to support the dramatic surge in demand for data that the shipping industry is projected to experience over the next 10 years.”

END_OF_DOCUMENT_TOKEN_TO_BE_REPLACED 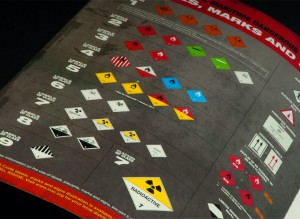 This course, which is now widely available to Videotel customers, is designed for onboard crew who are involved with the planning, stowing, and handling of hazardous materials, and for staff ashore dealing with booking these materials as freight

Videotel™, part of KVH Industries, offers a comprehensive training package designed to enable crew and shipping office staff to become familiar with the rules governing the carriage of hazardous materials. These rules are specified in the U.S. Code of Federal Regulations, Subchapter C of 49 CFR; in the International Maritime Dangerous Goods (IMDG) Code produced by the IMO; and, in the relevant parts of Section B-V/c of the STCW Code.

The “HAZMAT Training Course” is included on the latest update to Videotel’s onboard training servers, known as VOD (Videotel On Demand). The package helps shipping companies to better manage costs by enabling onboard training rather than costly and time-consuming shore visits for training sessions.

On successful completion of the course, the participant will be able to use the aforementioned regulations and the IMDG Code to identify, categorise, and quantify highly hazardous or dangerous goods and explain how a product would be classified for an international maritime voyage. The course also indicates where to find advice on what personal protective equipment to wear when dealing with a spillage.

END_OF_DOCUMENT_TOKEN_TO_BE_REPLACED

InterDam, supplier of fire and blast resistant walls, doors and windows, is warning the Upstream and Downstream market that the current regulations covering these t 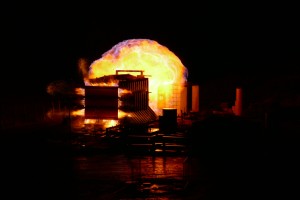 wo areas while adequate, if viewed in isolation, do not consider the possible consequences of a blast followed by fire which recent studies have revealed happens in over 50% of cases.

“Currently there are no regulations covering a fire outbreak in a post blast situation so manufacturers tend to supply products that can either withstand a blast or are resistant to fire but not both consecutively,” said Berend Groeneveld, MD of InterDam.

“We are the first company to test our products to withstand not only the impact of a blast but also an immediate fire outbreak as it is important that employees are kept safe and have time to implement appropriate fire procedures like switching off vulnerable equipment.”

“It is no good surviving a blast only to be burned alive in a fire caused by the explosion,” he added.

InterDam knows the major operators like Shell, BP and Chevron take safety extremely seriously and so is working hard to educate other operators, regulators and certification bodies about the importance of having architectural products capable of withstanding a blast and fire post an explosion.

END_OF_DOCUMENT_TOKEN_TO_BE_REPLACED 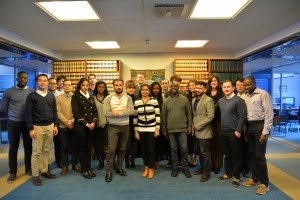 Members of the World Maritime University enjoyed a whistle stop tour of the marine insurance realm when they visited The Swedish Club’s headquarters in Gothenburg last week.

Twenty students from countries around the world spent the day with some of The Swedish Club’s top professionals, where they were given an insight into key areas of the marine insurance business, and took the opportunity to quiz the Club’s staff on some of the complexities of this important sector of the maritime industry.

“We have been pleased to welcome students from the WMU for the last 18 years,” said Johan Kahlmeter, The Swedish Club’s Head of Claims, Marine. “We value the close relationship we have built up with the organisation over the years, and applaud the excellent work that it does in the field of maritime education.” END_OF_DOCUMENT_TOKEN_TO_BE_REPLACED 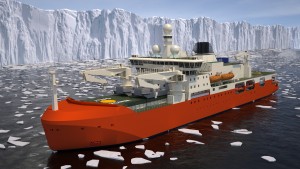 It will be supplying two JYN-85 conventional lifeboats with LH-140 davits and two JYN-115 lifeboats with LH-185 davits to the vessel. This is the second order Norsafe has received for its specialist LSA winning its first Polar Code contract with the British Antarctic Survey Polar Research vessel “Sir David Attenborough” in November last year.

“Winning these contracts is vindication for the huge amount of work carried out by the team here at Norsafe to ensure that our specialised LSA is adapted for the most extreme cold weather conditions,” said Erik Mostert, Project Manager, Technical – R/D.

“We have to ensure our equipment will withstand at least ten days in the harsh Polar environment,” he added.

END_OF_DOCUMENT_TOKEN_TO_BE_REPLACED

InterManager, the third party and in-house ship managers trade association, has called on the maritime professionals to create an industry that works for everyone in order to maintain sustainability.

Speaking at its round table event during the second European Shipping Week on Monday, Capt Kuba Szymanski, Secretary-General of InterManager, urged ship managers, technology companies, regulators and training institutions to be fully committed to a sustainable initiative.