A Military Sealift Command contracted ship diverted from its mission to perform a rescue at sea mission on July 7. 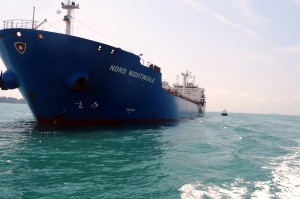 The Thome managed vessel, MT Nord Nightingale, was in transit from Houston, Texas, to Akrotiri, Cyprus, delivering fuel for the U.S. Air Force when it helped rescue two German sailors stranded at sea off the coast of Florida.

“The crew did an excellent job of redirecting their focus and assisting with rescue operations when we received the distress call,” said Capt. Nicolae Gainuse, MT Nord Nightingale master.

“You never set out on a delivery mission thinking you’re going to be rescuing people at sea, but fortunately we were in the right place to provide assistance.”

The distress call was received by the ship at approximately 3.10pm, at which point it called the Maritime Rescue Coordination Centre (MRCC) Miami for additional details.

Gainuse then called Thome’s HSSEQ department and received its full support to proceed with the rescue operation. Less than 20 minutes after the distress call, the crew had changed course and were busy making preparations for the rescue.

END_OF_DOCUMENT_TOKEN_TO_BE_REPLACED

The International Chamber of Shipping (ICS) will address some of the biggest concerns in modern shipping at its annual conference this year, to be held during London International Shipping Week (LISW). Secretary-General to the IMO, Kitack Lim, and ICS Chairman, Esben Poulsson, will be spearheading discussions, following what will have been be an eventful two months in the industry’s legislative calendar.

ICS’s flagship International Shipping Conference will take place on Wednesday 13th September at The British Library, and will focus clearly on an agenda of key issues that are at the forefront of shipping today:  CO2 reduction and environmental regulation, the maintenance of free trade and the role of the seafarer.

END_OF_DOCUMENT_TOKEN_TO_BE_REPLACED 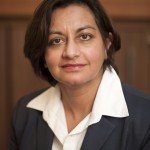 At the United Nations in New York, the International Chamber of Shipping (ICS) is representing shipowners at a UN Preparatory Committee which is developing a new legal instrument, under the United Nations Convention on the Law of the Sea (UNCLOS), which will apply to ‘high seas’ areas beyond national jurisdiction.

The principal aim of this UN work is to address the vacuum that exists with respect to issues such as preserving global fish stocks from unregulated fishing, and damage to marine ecosystems from ocean acidification and plastics caused by land based agriculture and industry.

ICS says that developing new measures applicable to the high seas is undoubtedly a very important and legitimate exercise, but that it wishes to ensure that the interests of shipping will not be unwittingly damaged.

END_OF_DOCUMENT_TOKEN_TO_BE_REPLACED

Commenting on the outcome of last week’s meeting of the International Maritime Organization (IMO) Marine Environment Protection Committee (MEPC), the International Chamber of Shipping (ICS) – which represents the world’s national shipowners’ associations – says it is pleased with the progress made by IMO Member States on a number of critical environmental regulatory issues that will have a profound impact on the future structure of the global shipping industry.

ICS says that IMO has made a good start on the development of a CO2 reduction strategy which it is confident will match the ambition of the Paris Agreement on climate change, and that significant progress was made on the general outline of an initial strategy for adoption in 2018.

ICS Director of Policy, Simon Bennett, said “Though no detailed decisions have yet been taken by IMO, the industry’s specific proposals have been well received by a number of governments among both developed and developing nations, and there is generally willingness on all sides to give these further consideration at the next IMO working group on the strategy in October.”

END_OF_DOCUMENT_TOKEN_TO_BE_REPLACED

The Maritime Authority of Jamaica (MAJ) officially launched its candidacy in the UK for a Category C seat on the International Maritime Organisation’s (IMO) Council last Thursday evening at a reception at the IMO.

END_OF_DOCUMENT_TOKEN_TO_BE_REPLACED 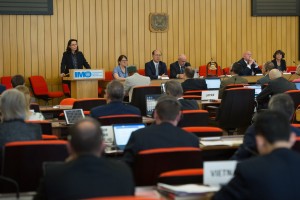 Government Ministers, Deputy Ministers, Director Generals and Permanent Representatives from the world’s leading maritime nations, including many crew supply countries, joined leading international judges, barristers, prosecutors and seafarer associations at the event to discuss the key issue of Guidelines on fair treatment of seafarers in the event of a maritime accident and explore ways these Guidelines could be implemented into national legislation.

END_OF_DOCUMENT_TOKEN_TO_BE_REPLACED

The second edition of The Guidelines on Cyber Security Onboard Ships has been released.  The latest practical advice has been compiled by the joint industry group, which is led by BIMCO and now includes new members OCIMF and IUMI, as well as the original contributors CLIA, ICS, INTERCARGO and INTERTANKO.

The second edition includes information on insurance issues and how to effectively segregate networks, as well as new practical advice on managing the ship to shore interface, and how to handle cyber security during port calls and when communicating with the shore side.

The chapters on ‘contingency planning’ and ‘responding to and recovering from cyber incidents’ have been rewritten to reflect the fact that the guidelines are aimed specifically at ships and the remote conditions prevailing if a ship’s defences have been breached.

The Guidelines on Cyber Security Onboard Ships have also been aligned with the recommendations given in the International Maritime Organization’s (IMO) Guidelines on cyber risk management which were adopted in June 2017.

END_OF_DOCUMENT_TOKEN_TO_BE_REPLACED

Seafarers must continue to be seen as the ‘heart and soul’ of the shipping industry and the Maritime Authority of Jamaica (MAJ) will continue to support initiatives which work to enhance seafarers’ skills and competencies onboard ship and ashore, according to MAJ Director-General, Rear Admiral Peter Brady.

As part of his continued focus on seafarers at the MAJ, Rear Admiral Brady led celebrations in June for the Day of the Seafarer by hosting a reception for veteran and current seafarers. Addressing guests, he spoke about the opportunities that a career in seafaring holds, and pointed out that Jamaica’s long history of seafaring makes it an important seafaring centre.