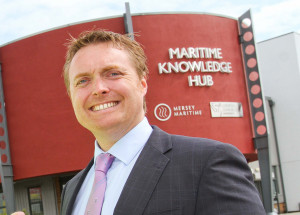 Liverpool’s potential for inward investment will be showcased at a conference next month being held as part of London International Shipping Week.

The city region is one of the fastest growing in England and the UK’s second largest regional economy worth, more than £156.8 billion. The event aims to build on the momentum generated by recent major developments in the city, such as, the regeneration of the waterfront, the opening of the Liverpool2 container terminal, the expansion of the Knowledge Quarter innovation district and the creation of a centre for maritime skills and entrepreneurship.

Hosted by industry body Mersey Maritime and chaired by TV presenter Louise Minchin, ‘Investing in a connected future’ will take place in the Willis Building on 12th September during one of the global maritime industry’s biggest trade events.

END_OF_DOCUMENT_TOKEN_TO_BE_REPLACED 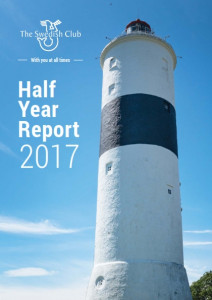 The Swedish Club returned a solid performance in the first six months of the accounting year, following the release today of its half year results. Despite its decision to offer a discount of    4 % to all P&I members 2017/2018, the Club delivered an operating surplus of USD 19.0 million for the period in question.

Free reserves are now at a top level of USD 213.8 million, reinforcing the Club’s commitment to meet members’ needs while also allowing for further growth of the business. The combined ratio of 94% continues to show a stable performance, below 100 % on an eight-year average.

Lars Rhodin, Managing Director of The Swedish Club, said: “Our growth remains firmly in line with our agreed plans and has exceeded 70 million GT combined owners’ and charterers’ P&I entries.”

END_OF_DOCUMENT_TOKEN_TO_BE_REPLACED

The order is to deliver 8 freefall systems containing 5 x GES 50 MKIII with HD-50 davits and 3 x GES 45 with HD-45 davits, to the FLNG facility under construction by Samsung Heavy Industries. The davits will be delivered in November 2018 and the lifeboats in February 2021.

The GES 50 MKIII freefall lifeboat will take up to 70 persons and can drop from a height of 47 metres with the GES 45 taking up to 60 persons, having a maximum drop height of 40 metres.

END_OF_DOCUMENT_TOKEN_TO_BE_REPLACED 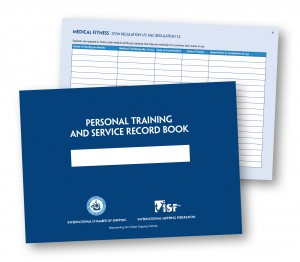 hamber of Shipping (ICS) has published a new edition of its widely used Personal Training and Service Record Book, to help qualified seafarers and their employers maintain a comprehensive record of training and seagoing service.

“Good record keeping of training and seagoing experience is essential to support a seafarer’s career at sea, and it is vital that shipping companies and seafarers are able to use a standard international book.” said ICS Director of Policy, Simon Bennett.