In response to the threats arising from the conflict in Yemen, BIMCO, ICS and INTERTANKO have published interim guidance on maritime security in the southern Red Sea and Bab al-Mandeb. Shipowners and operators should be aware of new threat patterns in the area.

The European Union Naval Force (EUNAVFOR) and the Combined Maritime Forces (CMF) have advised that a range of threats other than piracy, such as sea mines and water-borne improvised explosive devices (WBIEDs), are potential risks in the area.

“We’ve been advised that these threats are real, and therefore decided to provide guidance for ships operating in the area. We have seen two incidents in January, and we want to make sure owners and operators are aware and advise their crews accordingly,” says Angus Frew, BIMCO Secretary General and CEO.  END_OF_DOCUMENT_TOKEN_TO_BE_REPLACED

Port State Control inspections are increasingly focusing on the risk profile of the ship under inspection with inspectors singling out the performance of the ship manager and the flag state recognised organisation (RO) as major factors to concentrate on.

Many PSC Memoranda of Understanding (MOU) were starting to draw direct parallels between the risk profile of the ship and the performance of the ship manager and the RO.

“There is a growing trend to look at ways to identify operational and management risks and detect any pitfalls that could lead to accidents or injury,” he said.

Since risk assessment became part of the ISM Code the shipping industry has viewed risk identification and assessment as a simple process, limited to the use of one matrix – consequence x probability.

END_OF_DOCUMENT_TOKEN_TO_BE_REPLACED

An investigation by The Swedish Club into auxiliary engine damage has revealed that the majority of all damage takes place immediately after maintenance work. A key finding is that 55% of casualties occur within only 10% of the time between overhaul (TBO), corresponding to the first 1,000 hours or so of operation after overhaul. In most cases the damage occurs only a few hours after start up.

The report, Auxiliary Engine Damage, also finds that container vessels have a significantly higher claims frequency due to the larger number of installed engines on these vessels. In addition these engines have considerable output, leading to higher repair costs compared with other vessels.

Auxiliary Engine Damage, the latest report from The Swedish Club, has been created in response to the Club’s members’ concerns over damage to auxiliary engines – a significant segment of machinery claims, both in number and in cost.

END_OF_DOCUMENT_TOKEN_TO_BE_REPLACED 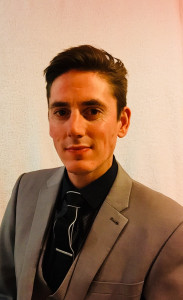 Mr. Gosling’s responsibilities will include monitoring legislative movements, trends, and best practices in the industry, and guiding the KVH Videotel content and software development teams in serving the maritime community’s learning and development needs. Mr. Gosling will also be responsible for spearheading KVH Videotel’s continuing professional development (CPD) offering. Prior to joining KVH Videotel, Mr. Gosling held roles as head of strategic development for Nautilus International; training & quality manager for The Nautical Institute; and deck officer with the cruise ship industry. He earned an MSc. in maritime operations and management from City, University of London.

END_OF_DOCUMENT_TOKEN_TO_BE_REPLACED

InterDam, an international market leader in fire and blast resistant architectural products for the oil and gas and offshore renewables sectors, has partnered with VE Partners to accelerate its ambitious growth plans and continue the outstanding success it has achieved in supporting customers creating a safer workplace since its foundation in 2007.

Renowned as a product innovator of high-quality integrated solutions to the offshore and onshore oil & gas and renewable energy sectors, InterDam’s aim is to create the safest area possible for professionals and equipment working in high risk environments.