The TracPhone V3-HTS is a breakthrough antenna for providing connectivity at sea, with faster data speeds than larger marine satellite antennas

The TracPhone V3-HTS’s fast data speeds, combined with its diminutive size, make Internet connectivity and HD-quality streaming available aboard smaller powerboats and sailboats along with commercial vessels, such as workboats and offshore fishing boats, that do not have room for a larger satellite communications antenna.

KVH designed and engineered the TracPhone V3-HTS specifically for KVH’s mini-VSAT Broadbandsm HTS network. This advanced maritime network offers unmatched speed and coverage using new next-generation high-throughput satellites (HTS) from Intelsat’s global network with additional satellite capacity from SKY Perfect JSAT, all of which is fully integrated under the IntelsatOne Flex for Maritime platform. KVH is the maritime VSAT market share leader by fielded units, according to an independent industry report by Euroconsult. 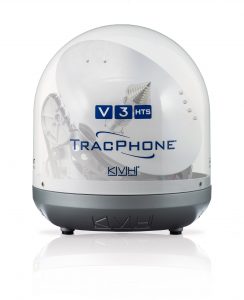 The TracPhone V3-HTS is the second HTS antenna design from KVH, which introduced the 60 cm diameter Ku-band TracPhone V7-HTS last year. During the development of both antennas, KVH worked closely with satellite operator Intelsat, which recently upgraded its IntelsatOne Flex platform to support smaller antennas, in anticipation of the release of KVH’s 37 cm terminal. IntelsatOne Flex is a managed service that offers multi-layered global coverage by leveraging Intelsat EpicNG high-throughput satellites (HTS) and select wide beams. The TracPhone V3-HTS is manufactured by KVH at its headquarters in Middletown, Rhode Island.

END_OF_DOCUMENT_TOKEN_TO_BE_REPLACED

ondon-based Solis Marine Consultant has announced the appointment of Nigel Clark to its senior management team.

Nigel Clark, who until recently was Managing Director of Braemar Salvage Association, will assist the Solis management team with the preparation and implementation of a strategic plan for the further expansion of the Group. He brings to the organisation over 30 years of experience within marine consultancy and within the oil and gas sectors. Apart from previously heading up Braemar Salvage Association, he was also a past Finance Director at the London Marine Group.

Established in 2012, Solis is an independent company providing expert witness and all types of incident investigation services as well as salvage support, SCR attendances and casualty management to the maritime industry.

Welcoming his appointment, John Simpson, Senior Partner at Solis Marine, said: “We are delighted to have Nigel join us to strengthen the management team as we continue with our plans to grow Solis Marine and prepare for the next phase of our development. Nigel’s advice and guidance, based on his experience and knowledge of the industry, will be invaluable and we look forward to working with him.”

On his new position Mr Clark responded: “Solis has built an excellent reputation within the industry, especially with regard to its salvage and wreck removal management services and for its expert witness work. It has some exciting ideas for further growth and I look forward to helping the company achieve its goals.”

Solis Marine has offices in London, Singapore and Shanghai and has plans to open further offices in strategic locations in the near future. 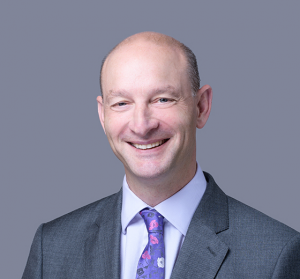 its Members’ Representative Committee and Board Meetings on 16 October in Hamburg, Britannia P&I Club announced that for 2019/20 there would be no General Increase to its advance call for P&I Members. In addition, Britannia continues to set its release calls for open policy years at nil.

A further USD10m capital distribution was also announced to P&I mutual Members based on premium for ships on risk at midnight BST 16 October 2018.

Likewise, there will be no General Increase for 2019/20 to its advance call on FD&D. To further support its FD&D Members, from 2019/20 Britannia will cap at USD150,000 individual Members’ one-third contribution towards the cost of any FD&D claim.

“Britannia’s strong capital position means that, since October 2016, we have been able to return USD75m in deferred call waivers and capital distributions to Members, while seeking no General Increase in P&I for the past three years or FD&D for the past five years,” said Nigel Palmer OBE, Chairman of Britannia.

“In the same period, we have enhanced our service offering in Asia whilst establishing a presence in Greece and Denmark. This underlines the Club’s commitment to its Members by continuing to provide the highest quality service.”

“Standard & Poor’s have recently reconfirmed Britannia’s strong financial performance and positive capital position with an A (stable) rating. Prudent yet proactive financial management by the Managers has enabled both Members and the Association to benefit from positive returns” said Jo Rodgers, CFO of Tindall Riley (Britannia) Limited.

KVH Videotel introduced a new training package, “Seafarers Mental Health and Wellbeing,” yesterday during the 5th Annual International Shipowning & Shipmanagement Summit in London, and announced that the package will be available free of charge throughout the industry due to the critical importance of the topic. The programme was produced in association with the International Seafarers Welfare and Assistance Network (ISWAN) and comprises a short video, facilitator notes, and information booklets from ISWAN on mental health issues at sea. To obtain “Seafarers Mental Health and Wellbeing,” please visit videotel.com/seafarerwellbeing.

“Seafarers face unique working conditions which can put them under tremendous stress, with fewer opportunities for relief than they would be likely to find on land,” says Mark Woodhead, KVH senior vice president for EMEA. “This programme not only presents information from industry experts but also lets seafarers themselves tell their own story in interviews and short statements, describing the path to achieving happiness.” 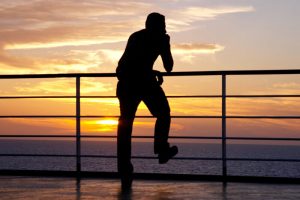 If left unaddressed, seafarer’s stress can result in danger to one’s self by way of lowered morale, increased human error, lifestyle illnesses, decreased productivity, burnout, and mental health issues. “Seafarers Mental Health and Wellbeing” focuses on what seafarers can do to cope with the challenges but also to take advantage of the many opportunities onboard. It underlines the importance of rest, diet, team activities, and maintaining good relationships. Talking to a trusted person onboard ship may help, and there is also help available outside the ship such as the 24/7 multilingual helpline and chat service at SeafarerHelp.org, as well as the work of port-based organisations such as Mission to Seafarers.

ISWAN’s brochures are being distributed as part of this training package, available as downloads from the dedicated KVH Videotel website. In addition, KVH Videotel is providing brief facilitator notes to assist those who will use this programme to run training sessions on vessels.

END_OF_DOCUMENT_TOKEN_TO_BE_REPLACED 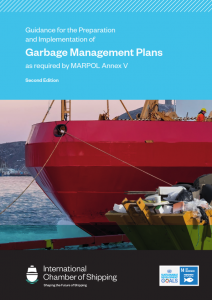 The International Chamber of Shipping (ICS) has recently published a new edition of its ‘Guidance for the Preparation and Implementation of Garbage Management Plans as Required by MARPOL Annex V’. This second edition is intended to help shipping companies comply with the latest requirements of the IMO regulation regarding treatment and disposal of garbage from ships.

“Following the entry into force of some important amendments to MARPOL Annex V in 2017 and 2018 respectively, it is essential to provide updated advice to shipping companies on the latest requirements for ships to prepare and implement Garbage Management Plans.”

END_OF_DOCUMENT_TOKEN_TO_BE_REPLACED

Britannia has finalised its Greek office opening plans by announcing the team that has recently taken up residence in Piraeus, Greece.

The office will be tasked with enhancing service delivery to its Greek members and is part of an ongoing expansion of the Club’s regional hub network that will also shortly see the opening of an office in Singapore in addition to the upgrading of its presence in Japan and Hong Kong, as well as the recent opening of an exclusive Correspondent in Copenhagen.

The Greek office, located in the iconic Ionian Building off Akti Miaouli, will be headed by David Harley who recently returned to the London office having established and worked for over 5 years as head of Britannia, Hong Kong. 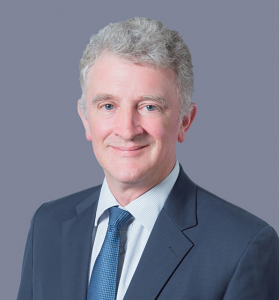 David has extensive P&I and FD&D claims handling experience and will be assisted by newly appointed Konstantinos Samaritis, who joins from a leading Greek shipowner, having previously worked for both Standard and Skuld Clubs’ Greek operations.