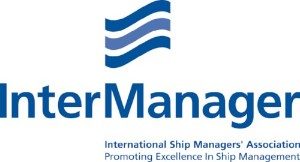 Frequently sounding bridge warnings, especially false ones, can create ‘alarm fatigue’ and hinder watch keepers in carrying out their vital role, a new survey supported by InterManager has revealed.

Responding to the findings, InterManager is now calling for manufacturers to work with ship operators to address seafarers concerns and develop better ways of communicating bridge warnings.

Respondents highlighted there is a problem with too many similar sounding alarms and revealed a need for alarms to be easily identifiable so that urgent warnings can be recognised over simple notification bells.

The findings have been released this week by P&I Club, Shipowners Club, which conducted the survey in conjunction with the Department of Psychology at Royal Holloway, University of London, ISWAN and InterManager, in order to investigate whether alarms on the bridge may affect the attention and focus of bridge watchkeepers.

The survey was largely responded to by Masters and senior officers, which demonstrates that the concerns are apparent to experienced and well-qualified seafarers. Respondents came from a wide variety of vessel types. 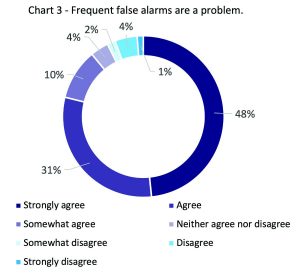 Key findings include:
•    89% of participants thought false alarms were a problem.
•    66% said the alarms were not easily detectable.
•    57% of respondents disagreed that alarms are graded by sound.
•    50% of participants reported some frustration with the format of the alarms themselves. Of particular concern was the fact that sounds are frequently the same tone for all alarms with no distinguishing factors between alarm systems.
•    77% of crew do not want to be disturbed from their watch keeping duties.
•    24% of participants reported that they never or seldom engaged the Bridge Navigational Watch Alarm System due to their concerns at frequent false alarms.

The main issue raised was frequent alarm fatigue, followed by the fact that alarms are hard to identify, and then concerns over the design of alarm system or the bridge itself. The results present a reoccurring theme regarding the grading of alarms to assist the watch keeper.

Another factor that emerged from the answers was the crew’s readiness to silence alarms without investigation due to ‘alarm fatigue’ caused by repeated alarm soundings for no apparent reason. Some 85% of participants reported they were aware of the alarms, the systems they represent and their location. However, 45% of the respondents agreed that frequent alarms are often silenced, and when this was analysed by the level of role, 44% of Masters, 41% of Chief Officers, 48% of Second Officers and 60% of Third Officers agreed, showing that this practice was prevalent among all ranks.

The report concludes: “It is evident from the feedback of these seafarers that the current regulations and arrangements relating to bridge alarm monitoring and systems can be improved upon. Doing so will improve the working environment of seafarers and assist with the reduction of related claims.”

Captain Kuba Szymanski, InterManager Secretary General, said: “At present, as an industry we are creating an environment for failure and then we are surprised when our seafarers fail!

“We can and must break this vicious circle. Look at the findings – fifty per cent of our seafarers are frustrated by frequent alarms! Seventy seven per cent want alarms to be useful alarms and not a nuisance. They are extremely busy people, because we ask them to be ‘jacks of many trades’. Therefore, in my opinion, quite rightly they expect alarms to be useful and effective.”

Welcoming the report, he said: “This is brilliant – I cannot praise Shipowners’ enough for undertaking this ground-breaking research and drawing excellent conclusions. In particular I am pleased that they checked with the end users – that is very proactive and, I would say, pioneering. Honestly, this is one of very, very few surveys which actually asks seafarers themselves.”

Mr Szymanski said action is now needed to address seafarers concerns and called on manufacturers to work with ship operators and crew representatives to identify which alarms are particular problems and to produce more effective methods of alert.
“Seafarers are tired of being blamed for everything,” he said. “It is important that we take a human-centric approach to this and find solutions that benefit our crews in the workplace rather than hinder them when carrying out vital tasks.”

Shipowners’ Club said: “As vessels and the equipment on board become increasingly smarter, seafarers are required to learn additional skills for the ongoing operation and maintenance of these pieces of technology and equipment. However, where more equipment is fitted it naturally increases the possibility of a higher number of alarms. From a Club perspective, we believe that when fitting additional and new technology on board it should always be done with the intention to enhance the seafarer’s ability to safely and efficiently navigate and operate the vessel.

“It is evident from the feedback of these seafarers that the current regulations and arrangements relating to bridge alarm monitoring and systems can be improved upon, which will allow for crew to fully utilise the benefits of the technology being made available to them. Doing so will improve the working environment of seafarers and may assist with the reduction of related claims experienced by Members and the wider maritime industry. The Club is sharing this information to help facilitate further discussion of the topic in the industry with the hope of finding a method to provide a solution which improves bridge alarm management on board.”

The survey was conducted during 2017 and 2018 by a questionnaire, which was circulated widely throughout many maritime sectors, via Intermanager, ISWAN and UK Chamber of Shipping. After careful collation, the findings are now being made available to Club Members, the survey participants and the wider industry.