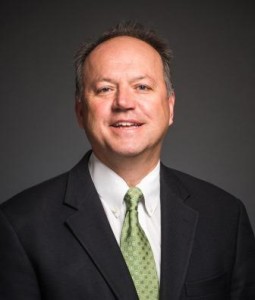 MIDDLETOWN, RI – September 12, 2016 – KVH Industries, Inc., (Nasdaq: KVHI), is driving a sea change in the way that global maritime fleets are using broadband at sea. The company’s usage-based airtime plans now represent a majority of users on KVH’s global satellite network, mini-VSAT Broadbandsm, which continues to be the market share leader in maritime VSAT.1  In recent months, many of KVH’s largest and most important fleet customers have chosen usage-based plans—including Open plans, the newest set of usage-based airtime plans offered by KVH.

KVH’s usage-based plans provide maritime customers with the fastest speeds on the network, regardless of how much data they have committed to on a monthly basis. This is in stark contrast to the standard practice in the maritime industry of offering speed-based plans, which deliver the fastest airtime speeds only to the customers buying the largest airtime packages.

“We are excited about the success of all of our usage-based plans, particularly the new Open plans,” says Martin Kits van Heyningen, CEO of KVH.

“When we introduced the Open plans nearly a year ago, our intent was to offer our customers the fastest possible speeds at reasonable prices while giving them control over their consumption with a set of new cloud-based bandwidth management tools. Both existing and new customers are adopting the plans, recognizing that they can control and manage costs, while fast data speeds enable them to operate more efficiently.”

A key reason that global fleets are selecting KVH’s Open plans, which can be used with KVH’s TracPhone V7-IP and TracPhone V11-IP, is the improved user experience of having consistent broadband data speeds of 3-4 Mbps. With competing VSAT service providers, research has shown that broadband connection speeds for a vessel that typically uses 50 GB of data per month can average only 160 Kbps, not much faster than outdated dial-up connections.2

“With KVH’s Open plans delivering speeds of 3-4 Mbps, we can provide the average VSAT customer with a user experience that makes the service they’ve been getting from other providers seem like something out of the digital stone age,” says Mr. Kits van Heyningen.

Transparency in bandwidth management is another of the keys to the success of KVH’s usage-based plans. To ensure that vessel operators know exactly how much broadband data a given vessel is using, KVH developed a set of network management services as part of the myKVHTM web portal.