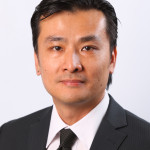 The Swedish Club has celebrated the 35th Anniversary of its office in Hong Kong. Since the office was established, the Club has seen steady and consistent growth in its business in the area – both in terms of its full service product offerings and the tonnage insured.

Lars Rhodin, Managing Director of The Swedish Club said: “When we established The Swedish Club in Hong Kong in 1982 we saw a great opportunity to establish a foothold in Asia. At that time Hong Kong had one of the busiest container ports in the world with sophisticated communications and an advanced banking infrastructure.

“A great deal has happened since then, and the world has seen the importance of Asia in the marine insurance industry increasing. Trade and shipping go hand in hand and we are delighted to have been, and to continue to be, part of the growth.”